As we are going through another week of remote work, layoffs, social isolation, books prove to be an increasingly welcome respite from the dizzying and disheartening news cycle. Chances are your favorite local bookseller is still shipping out orders so let’s go. Be well, eat healthy and read lots.

The forty rules of Love by Elif Shafak

In this lyrical, exuberant follow-up to her 2007 novel, The Bastard of Istanbul, acclaimed Turkish author Elif Shafak unfolds two tantalizing parallel narratives—one contemporary and the other set in the thirteenth century, when Rumi encountered his spiritual mentor, the whirling dervish known as Shams of Tabriz—that together incarnate the poet’s timeless message of love.

Ella Rubenstein is forty years old and unhappily married when she takes a job as a reader for a literary agent. Her first assignment is to read and report on Sweet Blasphemy, a novel written by a man named Aziz Zahara. Ella is mesmerized by his tale of Shams’s search for Rumi and the dervish’s role in transforming the successful but unhappy cleric into a committed mystic, passionate poet, and advocate of love. She is also taken with Shams’s lessons, or rules, that offer insight into an ancient philosophy based on the unity of all people and religions, and the presence of love in each and every one of us. As she reads on, she realizes that Rumi’s story mir­rors her own and that Zahara—like Shams—has come to set her free.

And the Mountains Echoed Novel by Khaled Hosseini

So, then. You want a story and I will tell you one…Afghanistan, 1952. Abdullah and his sister Pari live with their father and stepmother in the small village of Shadbagh. Their father, Saboor, is constantly in search of work and they struggle together through poverty and brutal winters. To Abdullah, Pari – as beautiful and sweet-natured as the fairy for which she was named – is everything. More like a parent than a brother, Abdullah will do anything for her, even trading his only pair of shoes for a feather for her treasured collection. Each night they sleep together in their cot, their heads touching, their limbs tangled. One day the siblings journey across the desert to Kabul with their father. Pari and Abdullah have no sense of the fate that awaits them there, for the event which unfolds will tear their lives apart; sometimes a finger must be cut to save the hand. Crossing generations and continents, moving from Kabul, to Paris, to San Francisco, to the Greek island of Tinos, with profound wisdom, depth, insight and compassion, Khaled Hosseini writes about the bonds that define us and shape our lives, the ways in which we help our loved ones in need, how the choices we make resonate through history and how we are often surprised by the people closest to us.

Happy All the Time by Laurie Colwin

The title says it all! Colwin’s sweetly peopled, aesthetically pleasing, and deliciously funny novel is about two best friends and the women they fall in love with. That’s it, really! Their shortcomings? Endearing! Their squabbles? Resolved! This is cozy, literary escapism at its best, and the scenes and characters are so vividly described that to read it is like sitting in a room with old friends. Bonus: At one point one of them reads “the complete Proust” during a six-week trip to France. Inspiring.

The Secret by Rhonda Byrne

Following its release in November 2006, The Secret  sat at the top of the New York Times bestseller list for over 200 weeks and was named by USA Today as one of the top 20-bestselling books of the past 15 years.  In January of 2007, Rhonda appeared on the Oprah Winfrey Show with four teachers from The Secret documentary. In May of 2007, Rhonda Byrne was recognized as one of the world’s most influential people in TIME magazine’s “The TIME 100: The People Who Shape Our World”, and shortly afterwards appeared in Forbes’ “The Celebrity 100” list.

The Secret’s 10th Anniversary Edition includes a new foreword by Rhonda Byrne, and 10 of the most life-changing insights she’s had over the last 10 years of practicing and living The Secret every day. The 10 insights alone will accelerate your understanding and mastery of the law of attraction.

In a life filled with meaning and accomplishment, Michelle Obama has emerged as one of the most iconic and compelling women of our era. As First Lady of the United States of America—the first African American to serve in that role—she helped create the most welcoming and inclusive White House in history, while also establishing herself as a powerful advocate for women and girls in the U.S. and around the world, dramatically changing the ways that families pursue healthier and more active lives, and standing with her husband as he led America through some of its most harrowing moments. Along the way, she showed us a few dance moves, crushed Carpool Karaoke, and raised two down-to-earth daughters under an unforgiving media glare.

In her memoir, a work of deep reflection and mesmerizing storytelling, Michelle Obama invites readers into her world, chronicling the experiences that have shaped her—from her childhood on the South Side of Chicago to her years as an executive balancing the demands of motherhood and work, to her time spent at the world’s most famous address. With unerring honesty and lively wit, she describes her triumphs and her disappointments, both public and private, telling her full story as she has lived it—in her own words and on her own terms. Warm, wise, and revelatory, Becoming is the deeply personal reckoning of a woman of soul and substance who has steadily defied expectations—and whose story inspires us to do the same.

Ikigai: The Japanese secret to a long and happy life

The people of Japan believe that everyone has an ikigai – a reason to jump out of bed each morning. And according to the residents of the Japanese island of Okinawa – the world’s longest-living people – finding it is the key to a longer and more fulfilled life. Inspiring and comforting, this book will give you the life-changing tools to uncover your personal ikigai. It will show you how to leave urgency behind, find your purpose, nurture friendships and throw yourself into your passions.

The Little Book of Hygge: The Danish Way to Live Well

The Danish word hygge is one of those beautiful words that doesn’t directly translate into English, but it more or less means comfort, warmth or togetherness. Hygge is the feeling you get when you are cuddled up on a sofa with a loved one, in warm knitted socks, in front of the fire, when it is dark, cold and stormy outside. It that feeling when you are sharing good, comfort food with your closest friends, by candle light and exchanging easy conversation. It is those cold, crisp blue sky mornings when the light through your window is just right.

Step aside Hygge. Lagom is the new Scandi lifestyle trend taking the world by storm. This delightfully illustrated book gives you the lowdown on this transformative approach to life and examines how the lagom ethos has helped boost Sweden to the No.10 ranking in 2017’s World Happiness Report.Lagom (pronounced ‘lah-gom’) has no equivalent in the English language but is loosely translated as ‘not too little, not too much, just right’. It is widely believed that the word comes from the Viking term ‘laget om’, for when a mug of mead was passed around a circle and there was just enough for everyone to get a sip.

3 Ways to Maximize Your Content Marketing Efforts to Go Viral 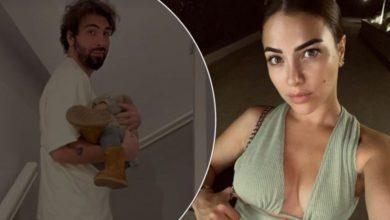 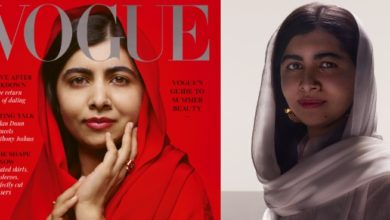 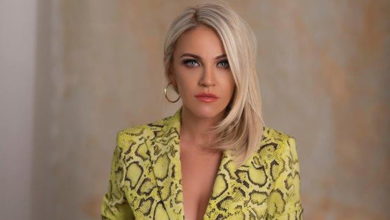 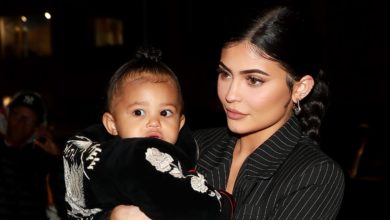